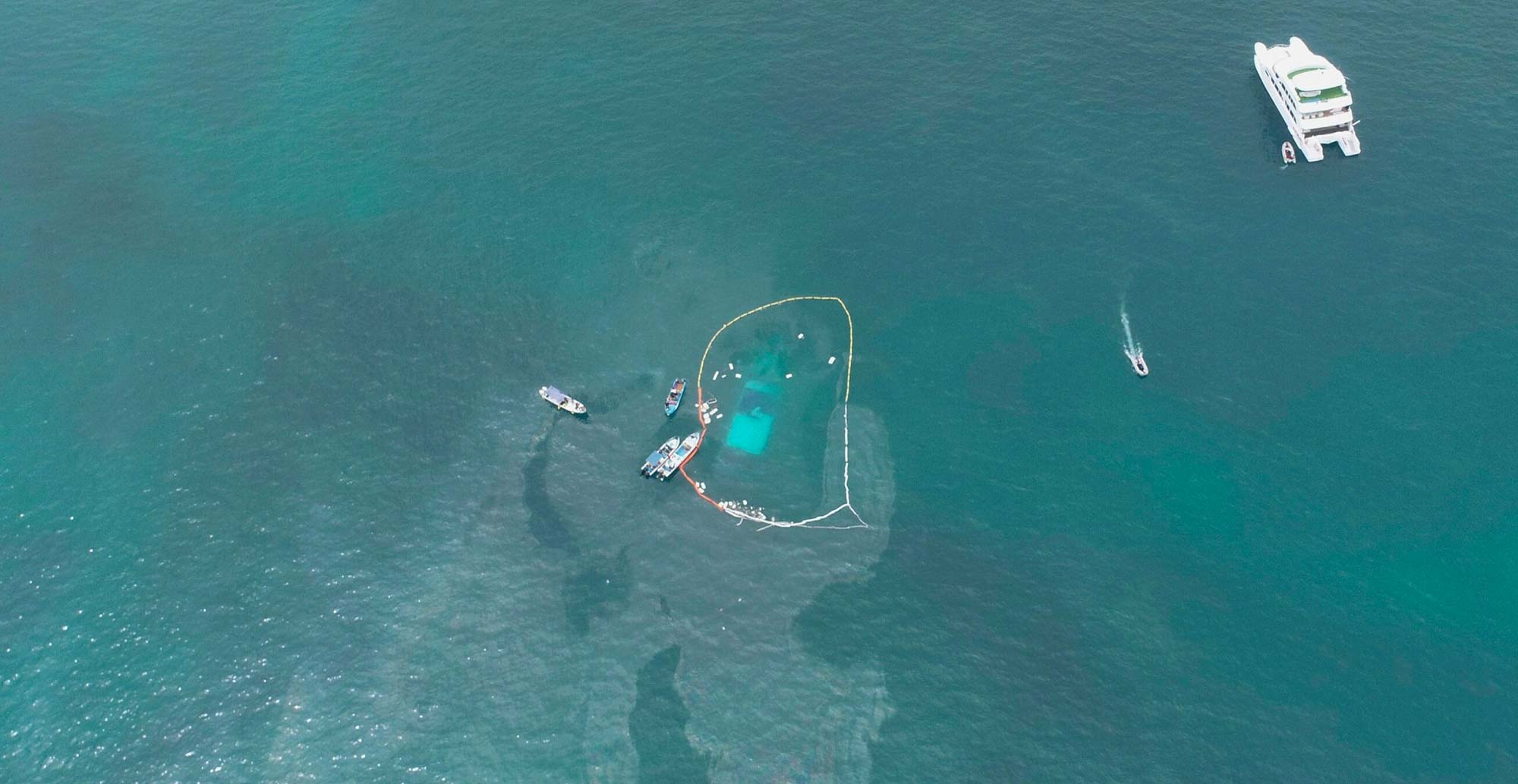 A ship has sunk near the Galapagos Islands, with thousands of gallons of diesel leaking into the waters of the archipelago's sensitive ecosystem.

Galapagos National Park confirmed the sinking of the vessel called the Albatroz and said it was used for scuba diving excursions in waters off the islands, which are a protected natural heritage site.

Containment booms have been set up around the area of the accident in an effort to control the spill Attempts have also been made to drag the vessel back to the surface. All four of the crew members escaped the wreckage safely.

Ecuador gets a new Minister of Defense

Discussions about the creation of a center for data storage

RWMT has initiated a project to create a center for data storage with a multi-institutional management.
Read more

RWMT was briefed by INOCAR about the ongoing project to monitor Microplastics in the Eastern Equatorial Pacific Ocean.
Read more
View all news
2021 RWMT. All rights reserved.
Privacy Policy

The page is under construction